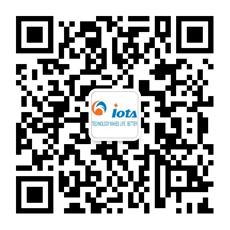 With the development of industrial technology, the equipment is developing towards high speed, heavy load, integration and high precision. However, the harsh mechanical operation conditions and high internal temperature often lead to the internal friction and wear of the equipment. For this type of negative impact, a large number of lubricants are needed - on the one hand, the lubricating grease can use the fluid pressure to separate the surface and avoid the contact between the two ends of the equipment; on the other hand, the sacrificial surface chemical film can protect the surface to avoid adhesion and abrasive wear Damaged damage.
Lubrication principle
Note:
At present, the main accepted viewpoints on the origin of friction force can be divided into two aspects: one is that the adhesion point of contact point is cut off when sliding; the other is that the micro convex body on the hard metal surface is embedded in the soft metal surface, and the rolling and furrowing effects are produced during the movement.
However, in order to achieve better lubrication effect, people still use nanoparticles to improve the technical indicators of lubricating grease, such as silicon dioxide (SiO2), which is a quite good lubricant additive.
What is the main role of silica? The function of SiO2 in lubricating grease is closely related to its surface structure. It can be found that the surface of Nano-SiO2 contains siloxane, free hydroxyl and hydroxyl which forms hydrogen bond. Among them, the activity of Si-O is related to its position. The Si-O bond in the center of the structure has polarity and strong binding capacity; the Si-O bond on the surface of the particles has strong activity and can interact with other molecules. However, Si OH group has strong activity and is easy to bond with its surrounding ions.
1. Thickener
Thickener is an important component of lubricating grease, which can make the base oil be adsorbed and fixed in the skeleton structure, forming a lubricant with stable structure. As a kind of inorganic thickener, nano-SiO2 can not melt itself, and the lubricating grease produced has high dropping point, good high-temperature lubricating performance and oxidation stability, so it is an ideal thickener for manufacturing high-temperature lubricating grease. In addition, the thickening ability of SiO2 is related to its particle size. The smaller the particle size, the larger the specific surface area, the stronger the thickening ability and the less the dosage.
Silica particles with large specific surface area and high oil absorption value
2. Directly used as lubricating additive
Because nano materials have the characteristics of large specific surface area, high diffusivity, easy sintering and low melting point, when nano materials are used as additives, a layer of thin film which is easy to shear can be formed on the friction surface, reducing the friction coefficient, and the friction surface can also be filled and repaired to a certain extent. In addition, due to the small size of nanoparticles, they can be considered to be nearly spherical and roll freely like pebbles, so they can play a role of micro bearing and improve the bearing capacity.
For example, Huo Yuqiu et al. Prepared monodisperse spherical SiO2 nanoparticles with amorphous crystal structure and particle size of about 60 nm from TEOS and ammonia water. Due to the large amount of hydroxyl and unsaturated residual bonds on the surface of monodisperse nano-SiO2 particles, strong chemical adsorption can take place on the metal surface, forming a solid adsorption film, thus protecting the metal friction surface, significantly improving the bearing capacity and antifriction and antiwear performance of the base oil.
3. Used as lubricating additive after surface modification
In terms of chemical composition, the surface of Nano-SiO2 is characterized by a uniform layer of siloxane and a single hydroxyl group. The existence of hydroxyl group will make the lubricant added with SiO2 have poor water resistance, easy to harden, and easy to lose its fluidity at high temperature. However, the surface of Nano-SiO2 is easy to be modified due to its high hydroxyl activity and easy chemical reaction. After modification, these weaknesses can be reduced or even avoided. Finally, a lubricant with good high temperature performance and antifriction performance can be prepared.
For example, Li Xiaohong et al. Used sodium silicate as the precursor, added the organic modifier m-2 in the process of nano particle formation, and synthesized the type of dns-am SiO2 particles; took tetraethyl orthosilicate as the precursor, and the long carbon chain compound M-7 containing unsaturated double bond as the modifier, and synthesized rns-d reactive nano-SiO2 by in-situ surface modification.
The surface of these two particles is bonded with lipophilic organic carbon chain compounds, which have good dispersibility in oily media, especially in lubricating base oil, and the particle size is between 10-20 nm. After adding 0.3% dns-am and rns-d SiO2 nanoparticles to the gasoline engine, the researchers found that the friction coefficient of the former was reduced by 40.7%, the wear amount was reduced by 69.0%, and the latter by 35.8% and 54.0%, respectively.
The conclusion shows that nano-SiO2 particles have a good application prospect in lubricant field. Moreover, since lubricants inevitably pollute the environment in the use and post-treatment process, it is of great significance to reduce costs and environmental protection to add less and pollution-free materials like SiO2.
Source:
Application of nano silica in lubricants, Chen Wenjun, Wen Qingzhen, Xie Zhimin.
Application of nano particle additive in lubricating oil, Huang Kun.
Ulmus pumila
RECOMMEND
Activity recommendation
Powder circle - the business and life circle of powder practitioners. For powder circle communication Q group, please add customer service QQ: 2836457463 application, for wechat group, please add customer service wechat: 13168670536 application, for group entry, please note company name + product or send personal business card.
Click "read the original" below to view the details of Guangzhou advanced ceramics exhibition 2020